Download the trail map in gpx for use with Garmin devices. 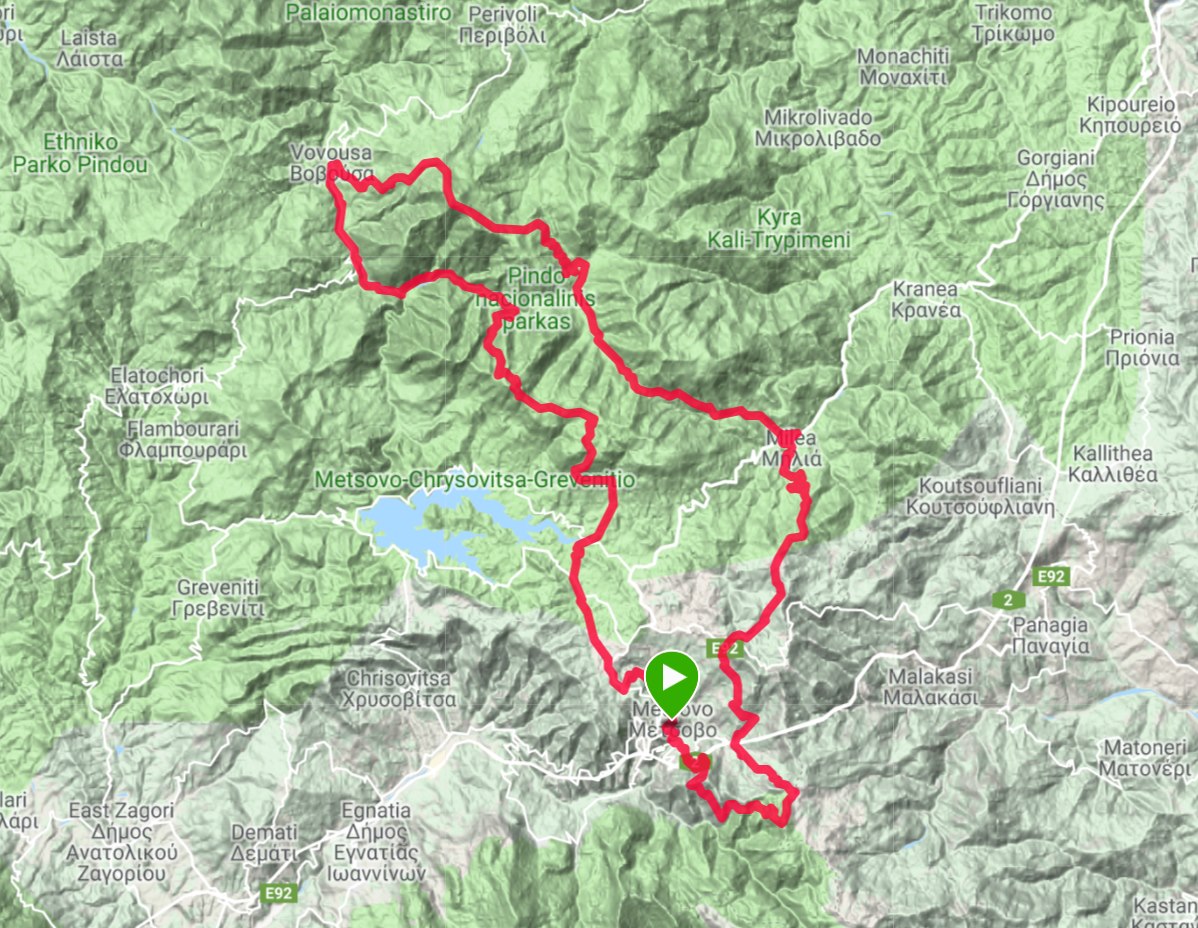 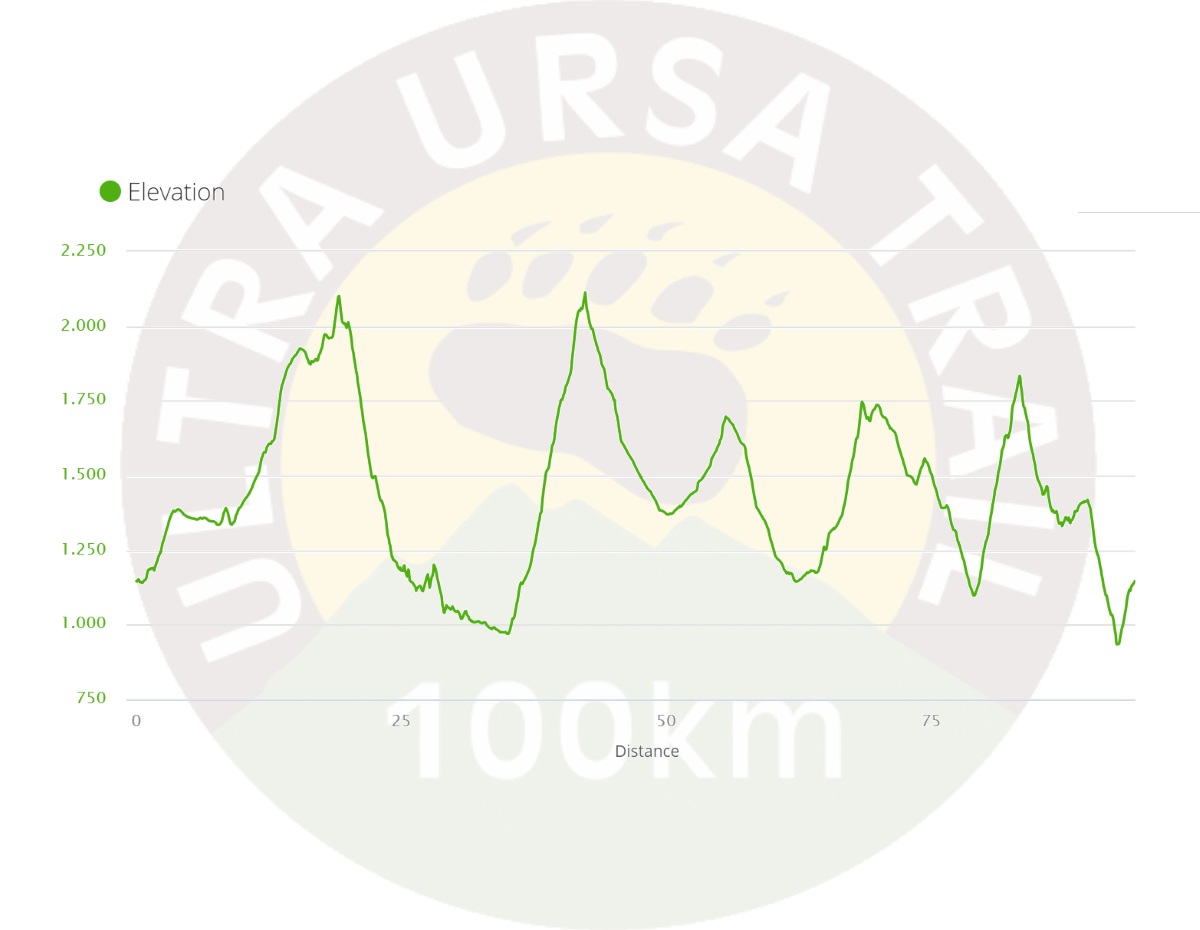 For a more detailed mapping of the race trail, click here.

The start point of the race is located at the central square of Metsovo, at 1150m altitude (alt.). From here, it steadily climbs to the high plateau of Profitis Elias and approaches the eastern shore of the artificial Lake of Aoos Springs within the first 10 kilometres. Passing through Tsouma Tsimpidi, it reaches the Mt. Mavrovouni Refuge (15 th km, 1850m alt.) where the first refreshment station is located.

The course passes by alpine plateaus, ascending to the Flegka mountain summit, standing at 2156m alt., and on the way downwards the viewer’s eye catches the glacial Flegkes twin lakes (20 th km).

The course continues downhill, entering Valia Calda (Warm Valley, 25 th km, 1250m alt.), steps in the European E6 certified path towards the village of Vovousa, following a line parallel to the flow of the Arkoudorema tributary. At the cross-point of Smixomata, Arkoudorema is enriched by the stream of Vakaratsa to form river Aoos, which will lead us to Vovousa (37 th km, 1000m alt.), where the second refreshment point is found. Athletes are here allowed to change clothes and/or race packs (first drop-bag service point).

The course continues ascending to the Mt. Avgo summit (48 th km, 2170m), only to immediately traverse on the hillside and lead us to Salatoura Stavrou. The course then follows a quick decline into the core of Valia Calda (55 th km, 1400m alt.), where the third refreshment point is located. The course meets again the European path E6 and climbs back to Salatoura Milias (60 th km, 1720m), only to go downhill once more and reach the village of Milia (68 th km, 1150m), where the fourth refreshment and second drop-bag service points are to be found.

The next ascent is towards the Tzina mountain top (74 th km, 1780m alt.), traversing to the Little Gap of Katara (80 th km, 1570m alt.). Onwards to our descent, we come across the “URSA TRAIL 40” at its own 4.5 th km. The subsequent kilometres are shared in common with the URSA TRAIL 40 race, with the significant exception of the steep, technical climb to the Fatzeto mountain top.

The course now approaches the Anilio Ski Resort, where a refreshment station is provided inside its chalet, and goes up the Guzel Tepe mountain summit (89 th km, 1850m alt.). The remaining kilometres are mainly descending towards the village of Anilio and, following a couple of uphill kilometres, we have finally touched the end point in the central square of Metsovo.